Nikiti is one of the oldest villages in Chalkidiki

Nikiti is one of the oldest villages in Chalkidiki. In its region have been found settlements of prehistorical years. At the beginning of the 14th century, it began to be created settlement, today is known as Nikiti. Today Nikiti is a modern village, where anybody can easily and fast approach the Eastern and Western side of Sithonia. In this place,  you can enjoy the calm, quiet, family vacation, the cosmopolitan environment, and nightlife. It is separated into the old and new settlement, where the old village, which is found in the north, is characterized as a live museum.  You will be fascinated by the old houses of Macedonian architecture, narrow back streets, and its courtyards full of flowers. At the top of the village is found the temple of the saint Nikitas, built in the 16th century.
The new settlement is a continuity of the old village and is extended southernly up to the sea.

In the new area of Nikiti, you can find small and big super-markets, restaurants, taverns, coffee, beach-bars, bank, ATMs, drugstores, and a large public market every Friday
The traditional products of Nikiti are honey, olive oil, wine, and raki(tsipouro). Nikiti is the first producer of honey in Greece.

Each July, in the Nikiti, is carried out one of the most difficult marathons of swimming in Europe. Contestants swim 25Km/16mile, between Nikiti (Sithonia) and Kalithea (Cassandra).
In the distance of 8km from Nikiti is the graphic small port of "Ormos Panagias", where is the departure for the tour of holy mountain Athos.
Near and around Nikiti exist splendid and spotless beaches, where anyone can enjoy swimming and marine games. Kastri, Agios Yannis, Kobiou, Spathies, Kalogria, Lagonisi, Trani Amouda, Karidi, are only some of the names of the enchanting beaches.
Visit us in May or June when Nikiti is at its greenest and you will have a beach to yourself. It's a great place to consider for spring and autumn vacations. Note that the hottest and busiest months are July and August, with temperatures rising up to the mid-thirties, whilst earlier in the year during April, May, and September temperatures are in the mid-twenties. 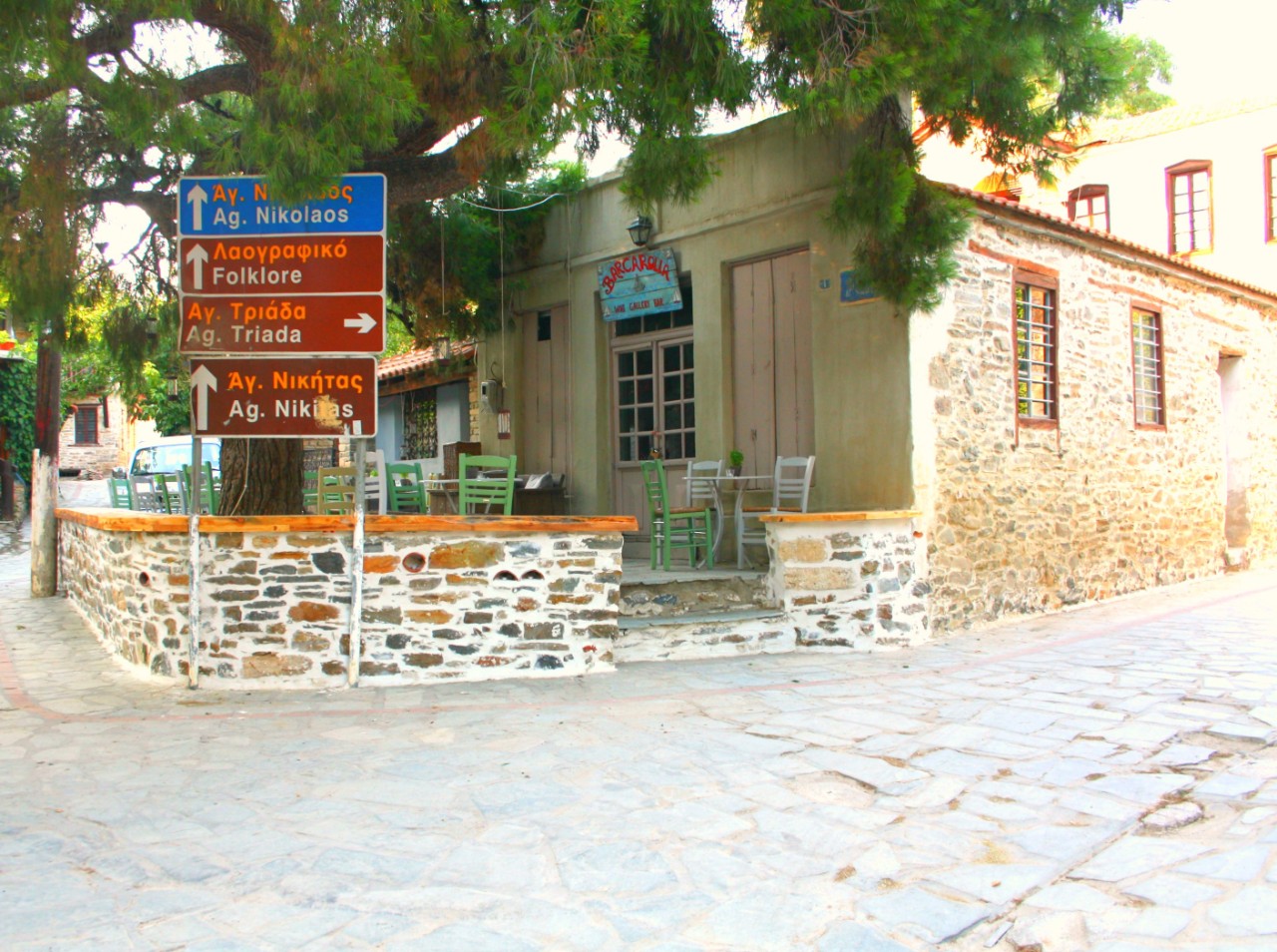 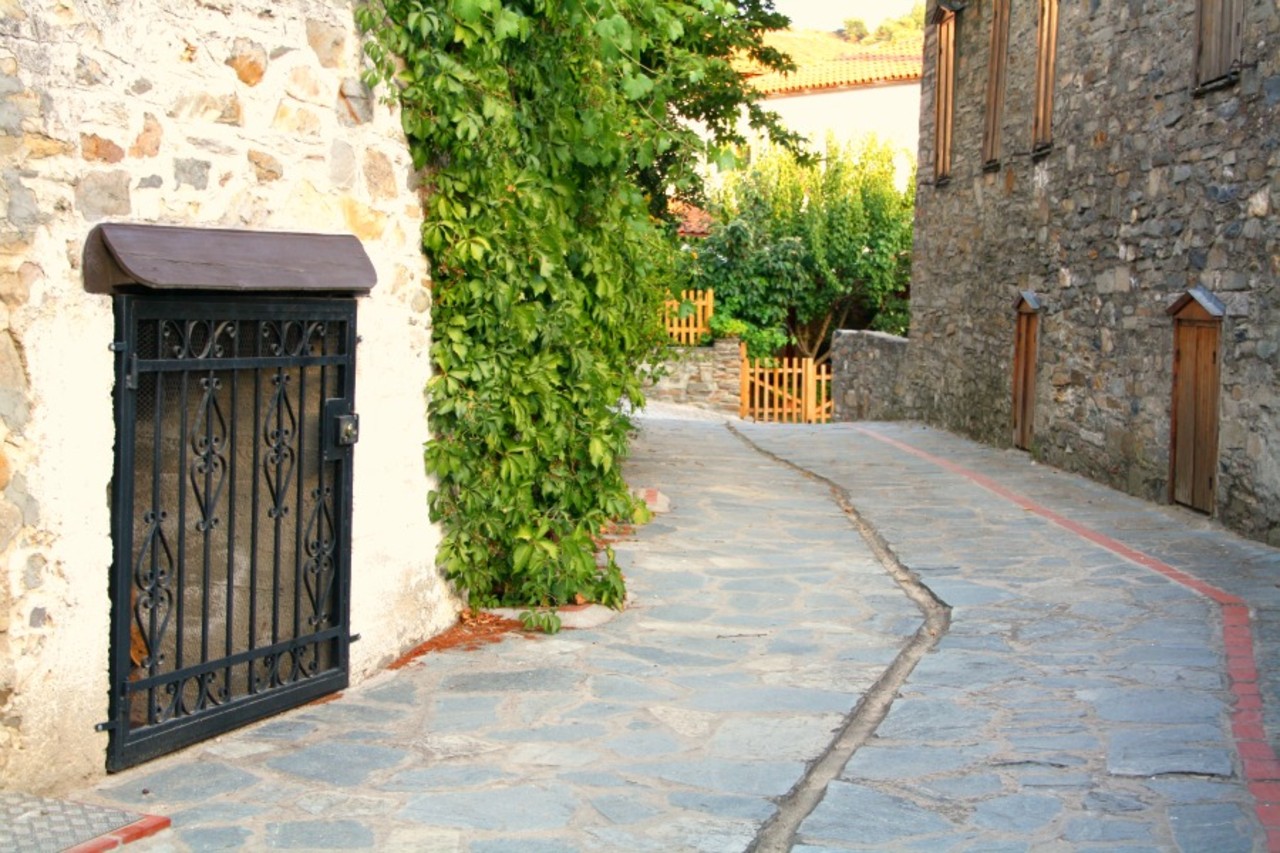 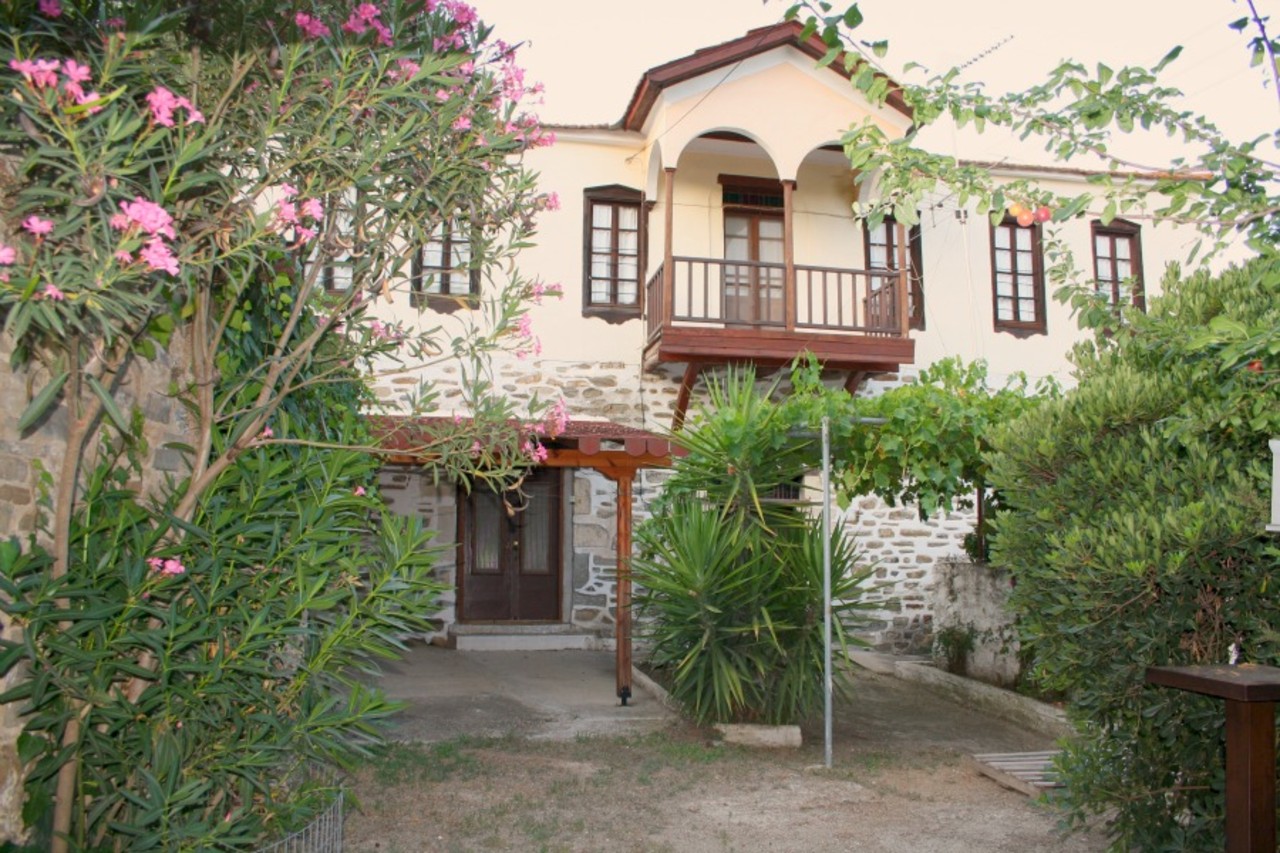